Led by Barry. With me and Gordon. Weather sunny, strongish W wind. One point where I'd switched off Garmin. Just over 10 miles.

We parked at the end of St Judith's Road, at the bottom of a grassy hill where several dogs were being exercised.  We set off upwards - it's not too high - I notice our maximum elevation was 225 feet, but, as we were on the edge of the fens, this is a mountain.
High enough to offer wide views of the countryside.
The wind was chill, but we soon warmed up. A couple of butterflies seemed to be enjoying the sun too. 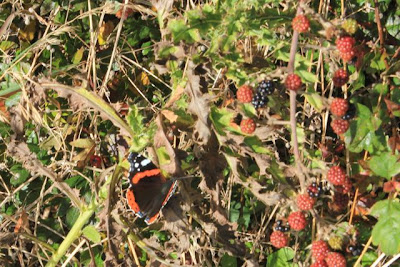 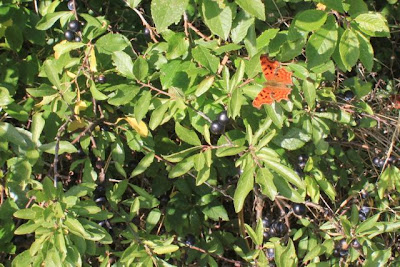 We walked alongside Aversley Wood and turned right at the top, along the Bullock Road track. 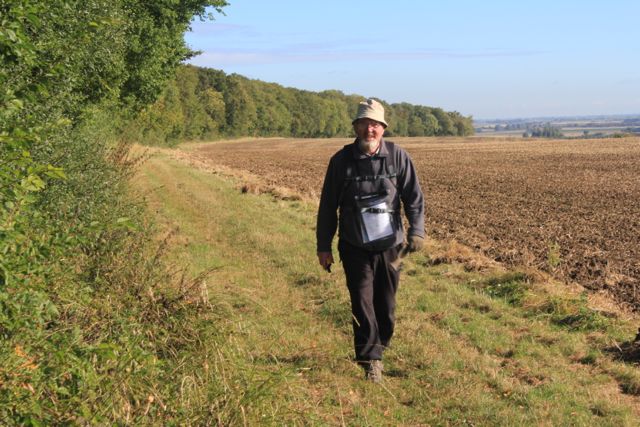 A dog-walker had recommended that we should look among the trees for a "star pond", a pond specially built so that bullocks being driven to market all had access to drinking water.  No water there now, but the shape of the channels can be seen near the corner of the wood. 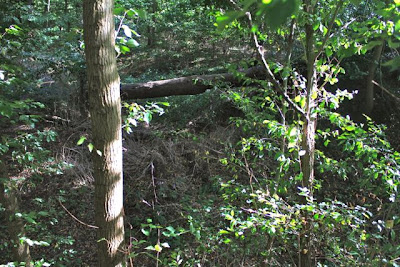 We returned to the Bullock Road and followed this north-west for about half a mile, turning left, south-west past some farm buildings.  The way zig-zags a little, before heading uphill, still south-westwards, then diagonally across a field. We headed to the left of a group of trees to a gap in the hedge, leading on to a T junction.
Our way was straight ahead along the minor road to The Giddings 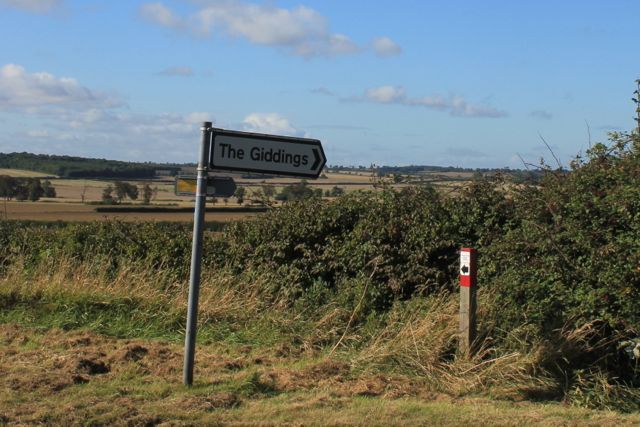 Where the road bent to the right we turned left along a footpath, following the waymarks round three sides of a square, past a pond and the evidence of old buildings on the ground - the remains of the medieval village.
The path came out on the road a short distance away from the church of St Andrew, now cared for by the Redundant Churches Fund. 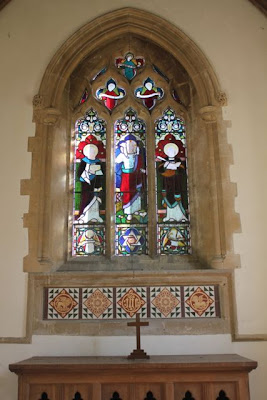 After a snack break we continued west towards Little Gidding, turning right from the main track at the side of a small wood, which led us to the settlement, originally founded by Nicholas Ferrar in the 17th Century.  There is now a tea shop, as well as a pilgrimage and retreat house.  The church is very small and hidden away. 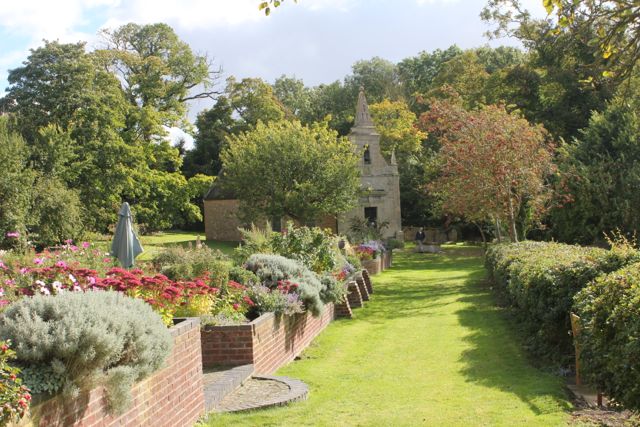 T S Eliot called one of his Four Quartets after this place, and there is a copy of his selected poems in the church.  There is an interesting extra link about his connection with Little Gidding in the link above.


We shall not cease from exploration


And the end of all our exploring
Will be to arrive where we started
And know the place for the first time.


The next section is where the Garmin was switched off - the path is clear on the OS map and on the ground. From here we took a path downhill and south west.  This crossed to the opposite corner of the field, then round the hedges and over a footbridge, where we turned right and headed more or less north west. The path gradually swung round to the north east, follwing field boundaries until we came to a small road. We turned left and very shortly right on to another path, still heading more or less north east, along the right hand side of Cow Pasture Gorse, turning left to follow the edge of the wood, parallel to a line of electricity pylons.   A short distance after the end of the wood we turned right and headed slightly uphill to the left hand side of another wood - Cow Pasture Plantation.

This path took us through a narrow field, with a house at the other end, and then through a gate and back on to the Bullock Road.
We turned right and walked  southeast, with Cow Pasture Plantation on our right.
We followed the Bullock Road for a good mile, passing Lodge Farm on our left,  before the track joined a minor road.  Another break in the warm sunshine seemed a good plan at this point.

When a path crossed the road we took the left hand turn north east towards Woodfield Farm and then  due east and gradually downhill towards Sawtry.  The path was easy to follow and took us behind some housing and back to our starting point.


Map and details
Posted by aliqot at 4:12 PM

You did get the butterflies OK Alison. Lots of interesting images.
Looking at the plan I thought I was watching 'Time Team' for a moment there.