A deceptively strenuous six miles to the top of Killhope Law.  From the old school house 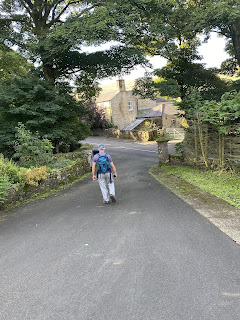 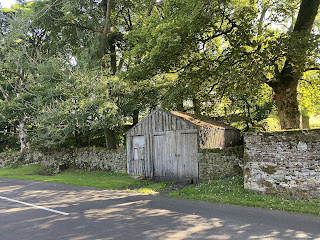 to the cottages with sunflowers. 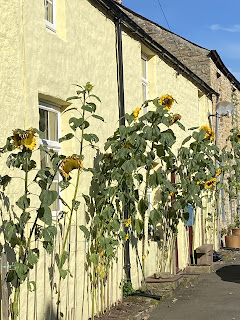 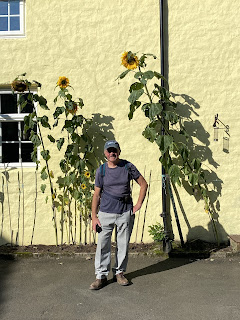 Opposite the cottages we took the path to the right, through someone’s drive and a very awkward gate on to the hillside. 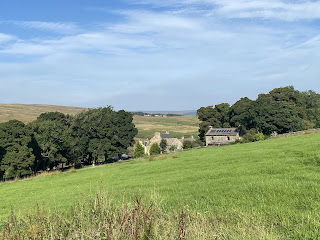 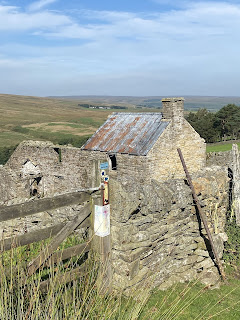 A short steep climb over rough ground, past an abandoned building. Then the path was reasonably clear for a while, but disappeared frequently making walking very tiring through bog grass etc. 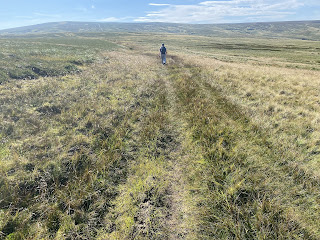 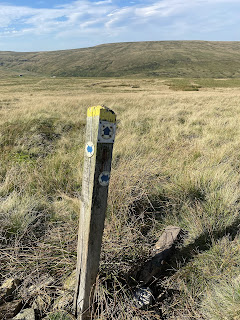 Eventually we crossed Isaac’s Tea Trail path, and followed a clearer path to the road, where we met three cyclists doing the C2C.

After a coffee we followed the track round the contours to a shooting hut. 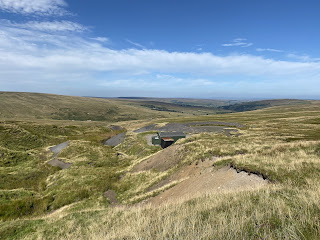 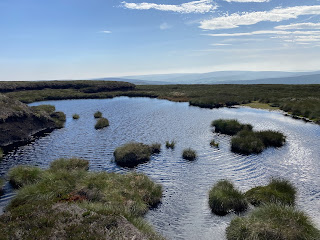 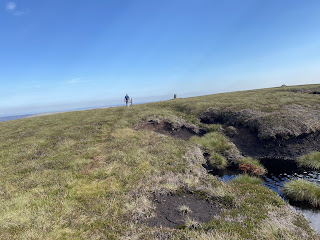 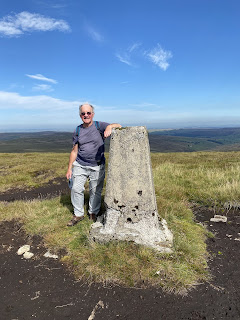 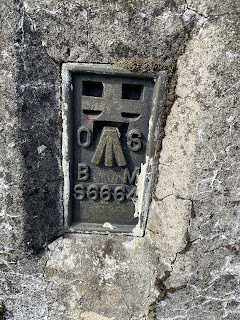 and a little further ahead a cairn. 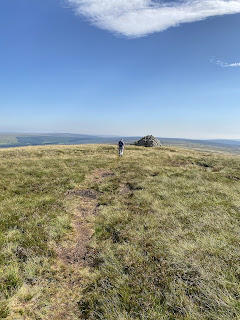 Glorious sunshine so we stopped and took in the view over to Cross Fell, down to Burnhope reservoir and across north to more Northumbrian hills (possibly the Cheviots). 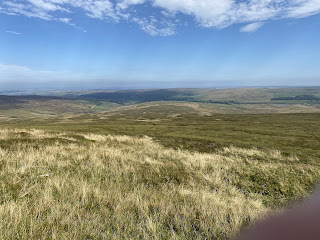 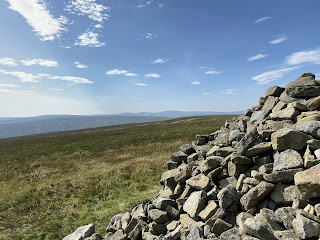 The trek down to the road was even tougher through heather and bog. 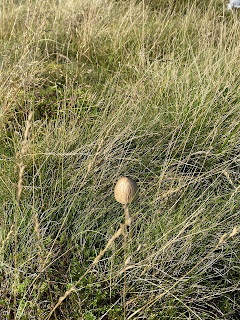 Lunch back at the road, and then the hard work done, there simply remained a two and a half mile tramp along the road, mostly downhill, but steep and hard on the feet. Swallows and martins are gathering, ready to migrate south. 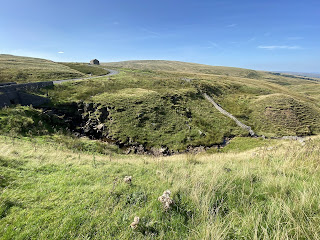 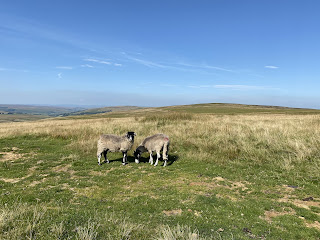 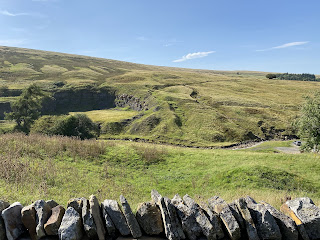 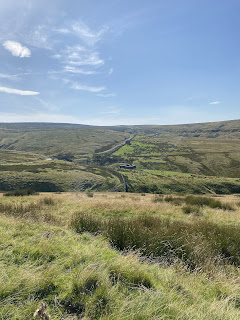 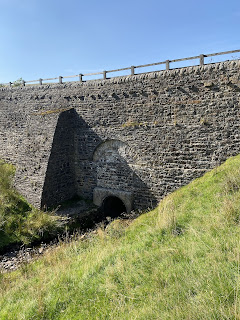 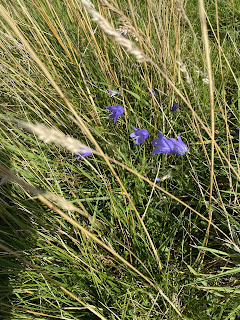 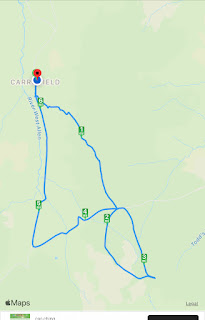 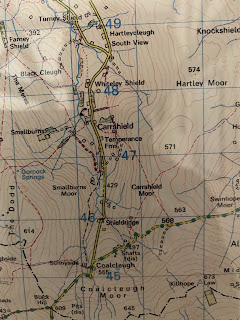 The route passed close to a walk we did in May 2019 - from Killhope to Allenheads.
Posted by aliqot at 10:55 AM