8.8 miles. One unintentional detour turned a mile or so of the walk into the A45 Way. Just about ok if you were cycling, but noisy and unpleasant for walking. Dry, fine, no sun today.

Lots of birdlife today - from terns hovering and diving, to several families of swans, moorhens with big-footed chicks, coots, a heron, and a flock of goldfinches taking off from a patch of teasels. Canada geese flying in a mob - how does an individual goose decide whether it'll join those on the wing or stay with the gang on the ground?


We started from Sixfields, crossed the road to and walked down to the disused Mill and the path by the lakes of Storton’s Pits Nature Reserve. We saw terns hovering above the water and diving in – but my photographic skills weren’t up to capturing them, alas. `

The , otherwise known as the ‘lighthouse' is visible on the left for a large part of this section of the walk.  The area is left to grow pretty wild, and is an important wetland habitat

As we walked we noticed that the ‘lighthouse’ appeared to be on our right – we had walked round the end of one of the flooded gravel pits and missed a left turn where the Grand Union Canal Walk joins the .  As much by luck as judgment we found the Canal Bridge where the Nene Way doubles back at a right angle then over a bridge with iron rails across the river and then turned right to walk under the railway viaduct. 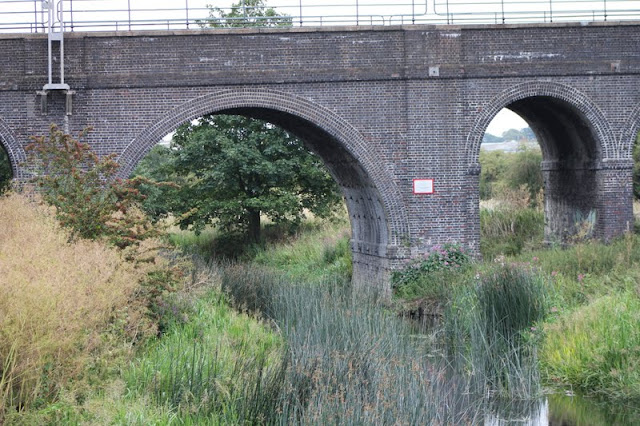 The path continues at the back of a shopping centre, then under the A5123. At the Carlsberg brewery, with its silos, the path turns to the left and then back on the other side of a short channel.  There is a bridge, and the banks have several large willows.

Shortly after this there is a long high wall which forms part of the flood defences. 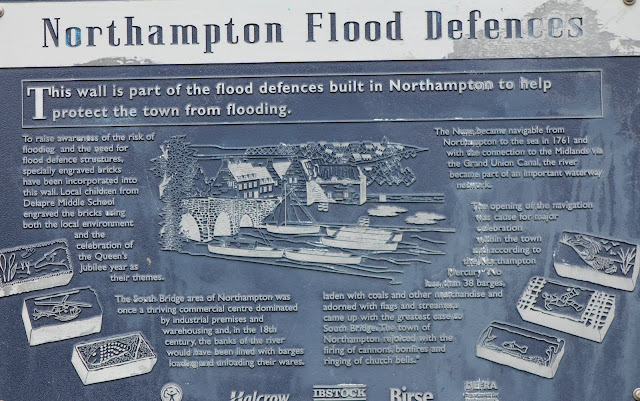 These decorative bricks are part of the flood defence wall in Northampton.

According to the plaque 'Local children from Delapre Middle School engraved the bricks using both the local environment and the celebration of the Queen's jubilee year as their themes.'

The plaque shows some of the industrial history of the Nene, and its importance as a commercial waterway, along with the nearby Grand Union Canal.


The Nene Way then goes into Beckett's Park 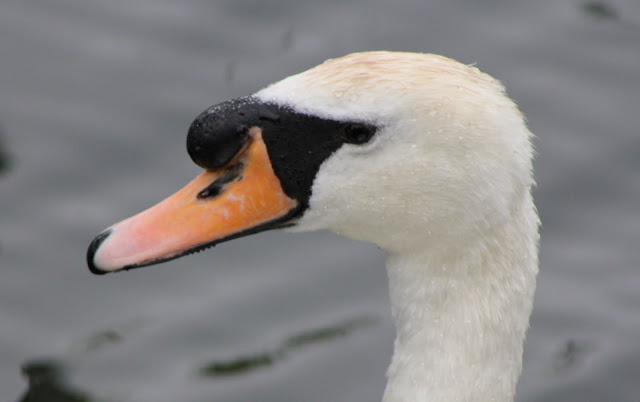 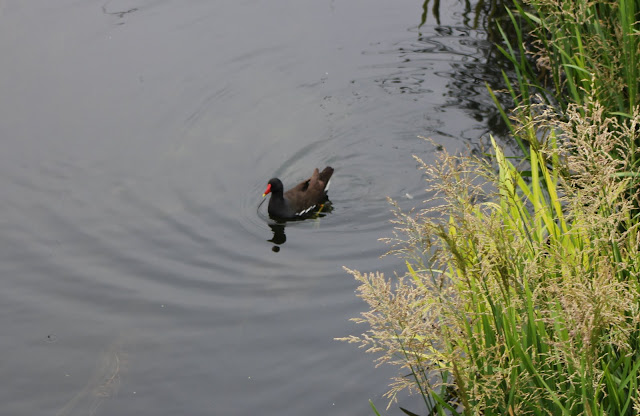 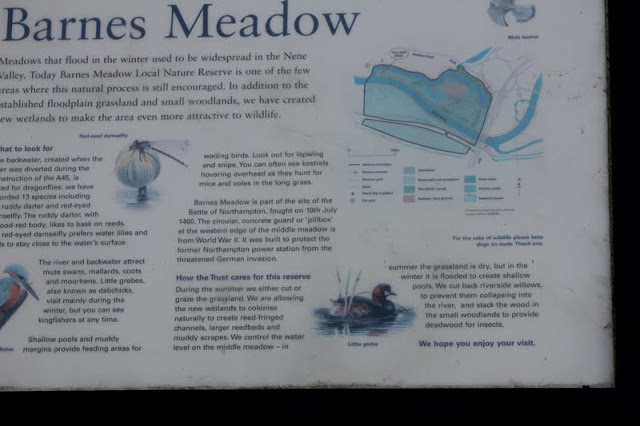 The path brought us to the Bedford Road, and what I imagine is part of the Nene Whitewater Centre.
Just after this point we were diverted/distracted and followed signs for Billing via the cycle path.  A mile of the Nene Way we hope to come back to - away from the heavy traffic noise and smell of the A45!

Posted by aliqot at 5:47 PM No comments:

With Maureen, Barry and Gordon. 8.5 miles approx.  Three and a half hours including pauses. Weather sunny and warm.


We started from Saddington, and walked along the Smeeton Road to Bridge 72. I intended to take a footpath for part of the way, but we didn't notice it as we passed it.  Then along the canal and over Saddington Tunnel,


descending to the tow path on the left of the canal.  We left the tow path at Fleckney Bridge, where we used the two hand gates and crossed the bridge, taking the path through Mill Field Wood at right angles to the canal here.


Past the MM stone and across the fields to the Kibworth-Saddington Road, and over into the mud and gravel track which becomes Mill Lane just before entering Smeeton Westerby.
We turned right into the village centre, then left at Debdale Lane.  We followed this past Bridge Farm and Bridge 67 cookery school.


Through a farm gate and we followed the track uphill until we reached the canal. Just before the gate and stile we found an inviting patch of shade for a snack and water break.


At the canal we turned left toward Foxton, passing the large narrowboat yard at Debdale Wharf, under a couple of bridges.


We crossed the first footbridge over the canal.  We took the path along the right-hand edge of the field, and across another, past some farm buildings and uphill thorugh a field where they may or may not have been a bull - there was certainly a herd of creamy and white cows, along with a lone horse.


The path is a track between two hedges, then turns right to follow the edges of fields, clearly marked and climbing gradually, until, just before Smeeton Gorse, the Leicestershire Round path from Gumley joins our path. A short steep climb over grass leads to the highest point, with good views and a strategically placed bench.  (To the right of this is HIll Farm, Smeeton Hill, according to the map.) We followed the Leicestershire Round path along the 'ridge' then downhill , crossing two footbridges and going through a number of stiles before climbing to Saddington where we emerged along an enclosed path into the village, directly opposite the well-hidden footpath sign I missed at the start of the walk. 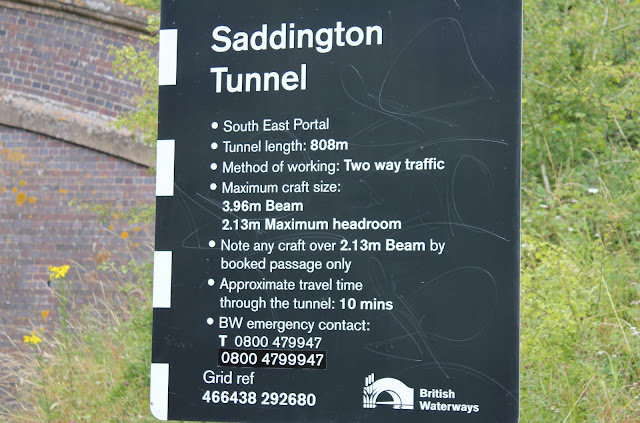 Along tow-path on right of canal, on top of tunnel, across Saddington - Kibworth Road,  down to the tow-path on the left as far as the next bridge, 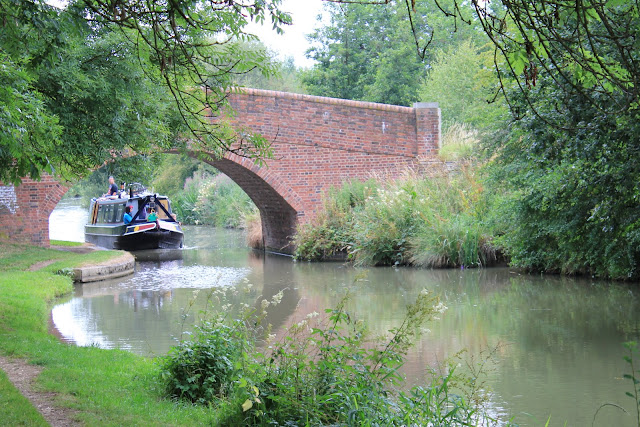 leave the canal through a hand gate, turn left and left again  across the bridge, walk up through Mill Field Wood, 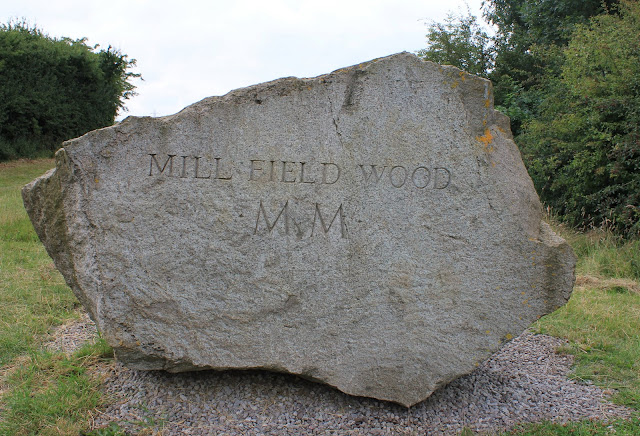 across two fields, across Saddington - Kibworth Road, along Mill Lane into Smeeton W.  Footpath between hedges, then through horses' field to the church.  Over the road and along the path through the allotments. 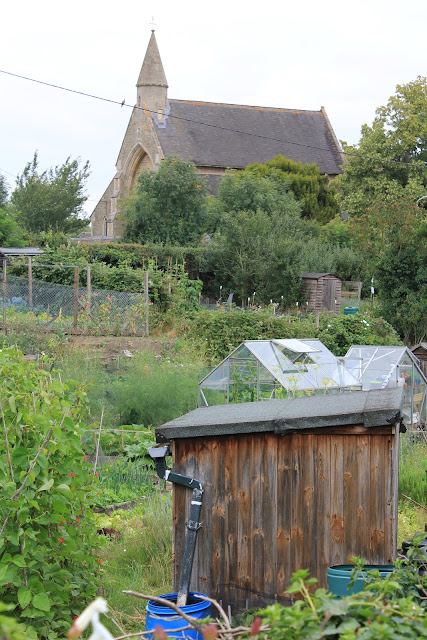 Across road and through the ginnel (large alsatian barking in garden). Followed the path past the houses and up to the canal. Along towpath to the bridge.


Weather fine, warm but dull. The sun made a feeble effort to shine, but not for long. Dry underfoot.

Now to find an extra four miles or so for a group of us to do together!
I did this walk from Smeeton with Harry on July 17 2010.
Posted by aliqot at 2:25 PM No comments:

Email ThisBlogThis!Share to TwitterShare to FacebookShare to Pinterest
Labels: 5 miles and under, Leicestershire, Saddington, Smeeton Westerby


'Organisational difficulties' meant that we had to do this walk as a there-and-back. Fortunately we worked this out after 5 and a half miles, and the walk was roughly the same distance as we had planned.
The pub at the start of the walk served us coffee although they were not officially open until 12 noon. Much appreciated.  We turned left from the pub car park, along Middle Street, turned right at T-junction, then right into Watery Lane, where we met the first waymarker.

This was the quietest place within a hundred yards or so, and was clearly the place where old farm machinery comes to die.


Across a meadow where cows were doing their best to eat the maize in the next field, then through the maize jungle, closely planted, neat rows, computerised sowing, taller than we are, past an area where children were playing by the river and a cat was observing from its vantage point.


Kislingbury has three pubs, a general store and a butcher's shop, as well as the church.

The signs for the Nene Way were a little sparse through the new houses, but we found our way through to where the path crosses the dual carriageway of the old A45 at traffic lights
and were ready to take the Duston Mill Lane when we decided we had to turn back.


Wildlife - kestrels and a couple of herons.
For details click here
Posted by aliqot at 7:06 PM No comments:

About 9 miles. With Maureen and Barry.


I forgot the magic tracking machine, so I'm trying to write this from memory and a map.  Barry was leading this one, and I don't pay as much attention!

Parked in the corner of the sports field, walked back towards the village and followed the footpath sign down Noel Lane, past 'The Old Noel Arms' and cottages.
We followed the path across fields towards the river Chater and some 'fish ponds', turning right along a quiet road, shortly after a bridge in a field of pale orange sheep. 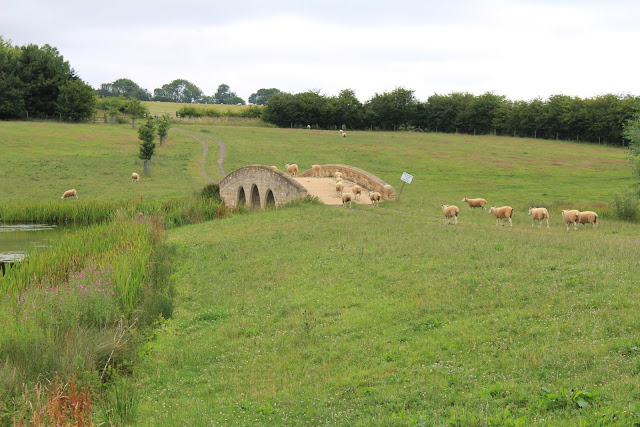 This forms the MacMillan/Leighfield Way, passing Priors Coppice on our left.  When we reached a T junction we turned right for a few hundred yards, then left at a crossroads into Brooke. 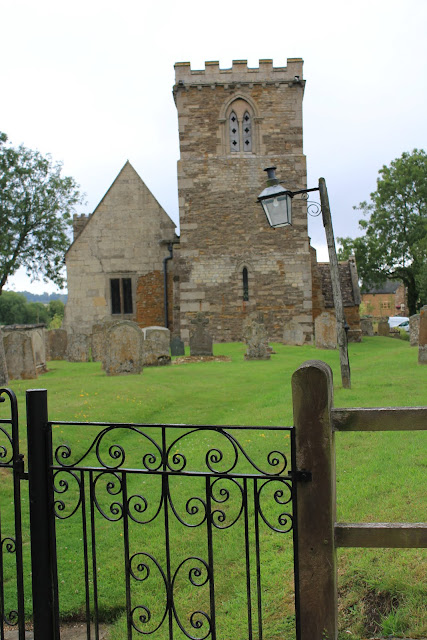 There we went past the church and took a slightly hidden path (because workmen had placed their portaloo strategically) to the right.


Unpromising weather,  but we didn't get wet.  Just after the rape plants had been cut - made some of the fields a bit of a chore to cross.
Lunch at Newton Dovecote Buttery.


Details
Posted by aliqot at 2:07 PM No comments:

Email ThisBlogThis!Share to TwitterShare to FacebookShare to Pinterest
Labels: Northants, under 10 miles

8 miles on a bike

Mostly riding alonsgide Esther as she ran.  That's my excuse for the speed - fast enough for a runner, but pretty slow for cycling.  Still - for the first ride since April, I didn't need to overdo it.


Map and details here.
Posted by aliqot at 11:54 AM No comments:

6 miles. With Esther who was pushing Joseph in the buggy. 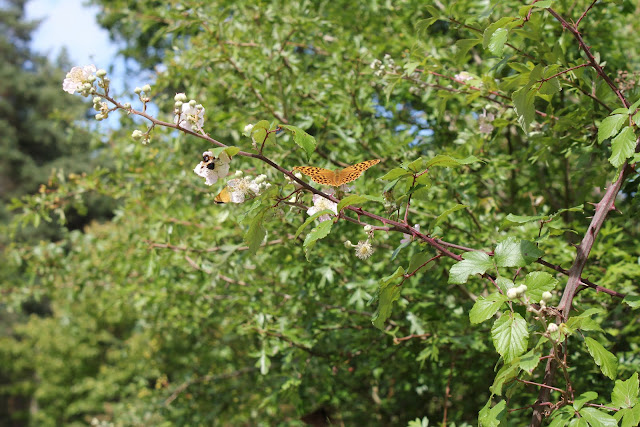 Map and details here
Posted by aliqot at 10:01 PM No comments: