I walked with Harry from Easton on the Hill, 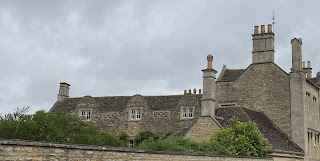 past the church, and along the footpath/ track which leads straight on not through the company car park area.  The track turns into a footpath down Easton Hillside (OS label), alongside a wood and over the mainline railway. 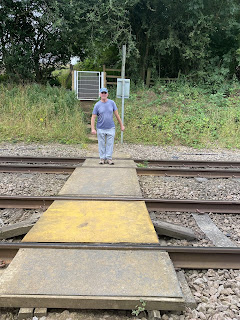 It joins another track and continues to the Welland, just before Tinwell - you can access Tinwell, but we turned right and followed the river,under the noisy A1 and past the remains of Stamford Spa and its healing ironwater. 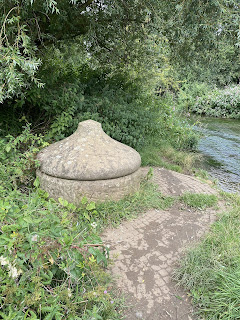 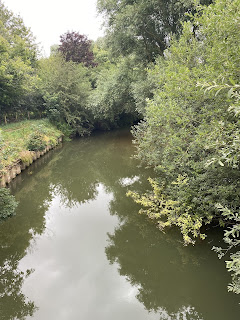 We crossed the river at Broadeng Bridge and followed the well used path to the Town Meadows, where we paused for a break, before heading up to the A43. We crossed and turned right, along the lower footpath, through the newly built mansions, and some more established des reses - the path is clearly separated and easy to follow, and climbs gently. It goes alongside the A1 for a while - quite pleasant as there are lots of trees to 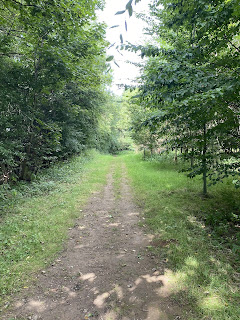 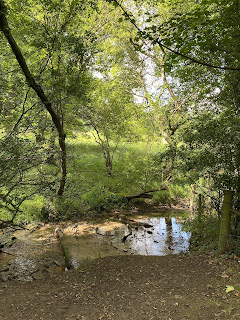 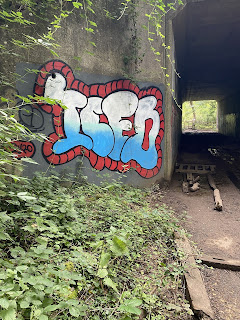 mitigate the unavoidable roar of traffic. Under the road, through a still muddy tunnel,we emerge into what would be idyllic if only it was quiet. 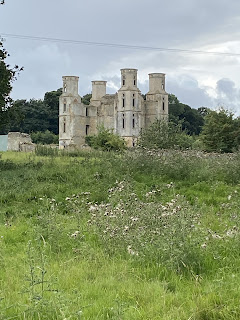 The path takes us to the west of the old Wothorpe House (now Wothorpe Towers) , then along a path enclosed between two high hedges and back to the bridleway labelled as Warren Road, then into Easton on the Hill. Just under 5.5 miles, and done before any rain fell. 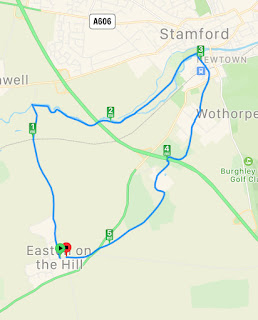 Email ThisBlogThis!Share to TwitterShare to FacebookShare to Pinterest
Labels: Easton on the Hill, Stamford, Tinwell, under 10 miles, Welland, Wothorpe