With Marta. About 8 miles.  Weather sunny at times, with a few showers.The same walk as on April 19th, but starting from the Foxton Locks long-stay car park, then taking the path from the bridge, heading south east over the fields toward Holme's Farm and the fishing lake, with its horses nearby. (More detailed instructions in the previous post.) we crossed the road between Foxton and Lubenham and walked into the village via the path at the bottom of Mill Hill, through the recreation ground.

After we crossed the main road, our way through village took us along Rushes Lane, past the Tower House and the church, across the Wealland and under the double arched railway bridge. 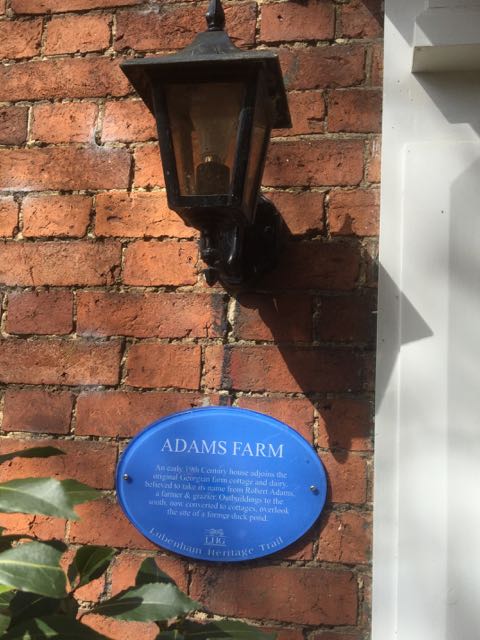 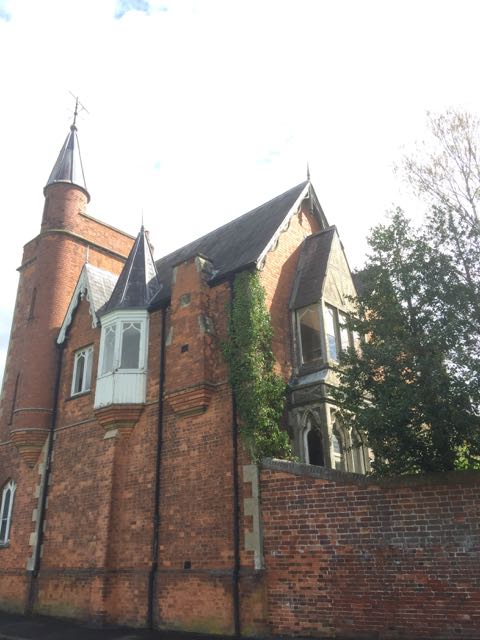 The Tower House was the home of BJ (Cherry) Angell, the owner of the horse which won the first National Hunt Challenge Cup, run in Lubenham and the precursor of the Grand National. 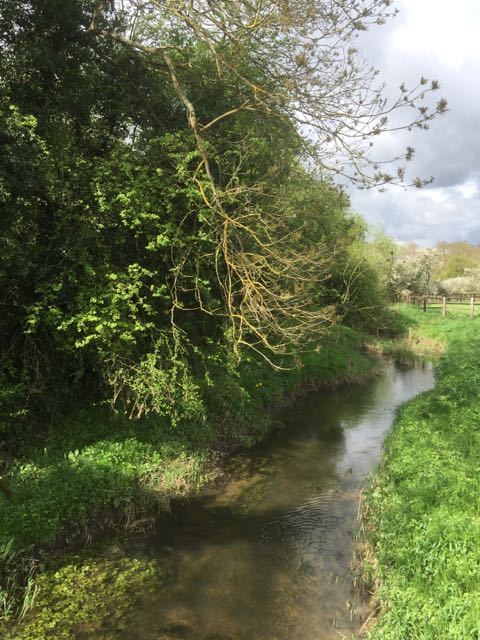 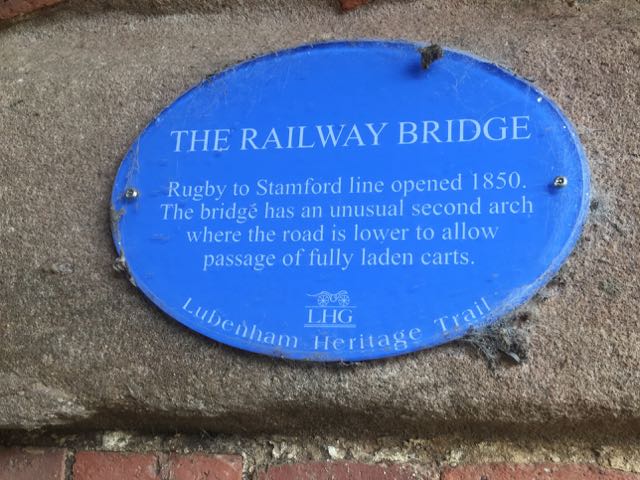 We had a quick look at the moat of Thorpe Lubenham Hall. 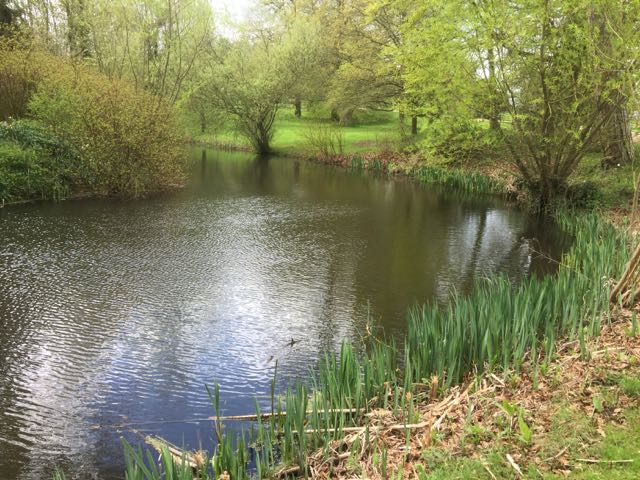 Then we took the footpath across the field below the hall,  crossed the drive at the bridge and followed the Welland along to the road into Marston Trussell. 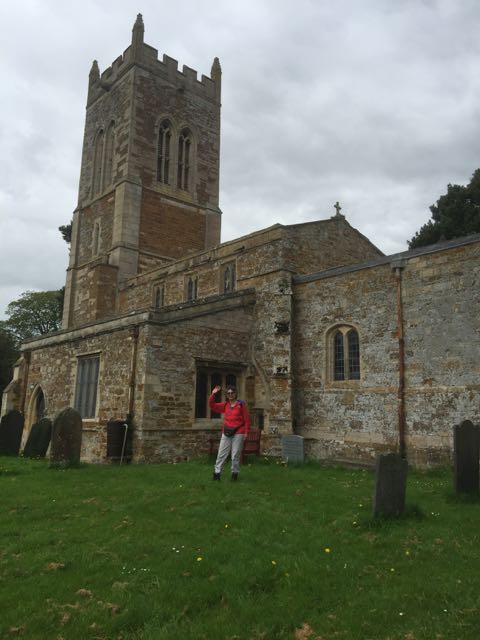 Although the sky was grey when I took the photo, we had some sun, and very little rain.

We retraced our steps through to Lubenham, crossed the road and took the path through the recreation ground, but this time continued straight up Mill Hill, leaving the beacon to our left. 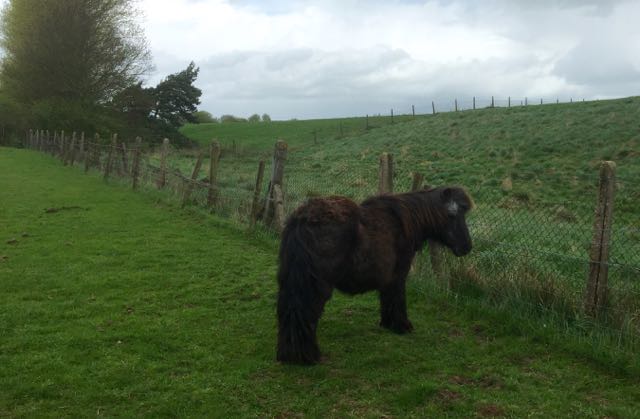 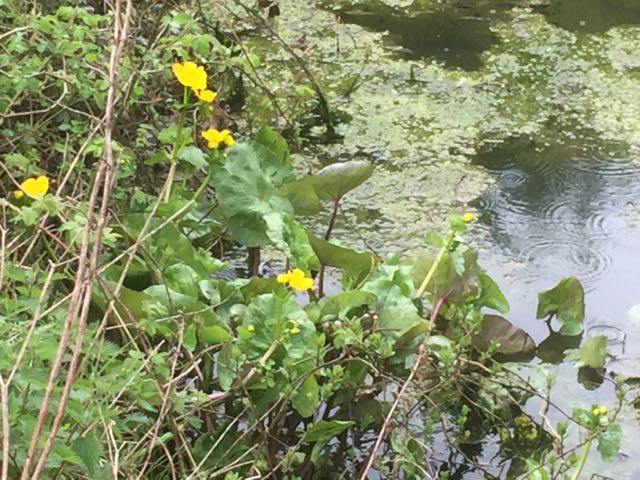 As before we folllowed a clearly marked path, to the left of Gartree prison, eventually coming out close to the school in Foxton. We got slightly wet at this point walking through
a field of wet oilseed rape plants.

We took the road into Foxton for a few yards, then the footpath on the right hand side, which took us behind Foxton church and into the village. 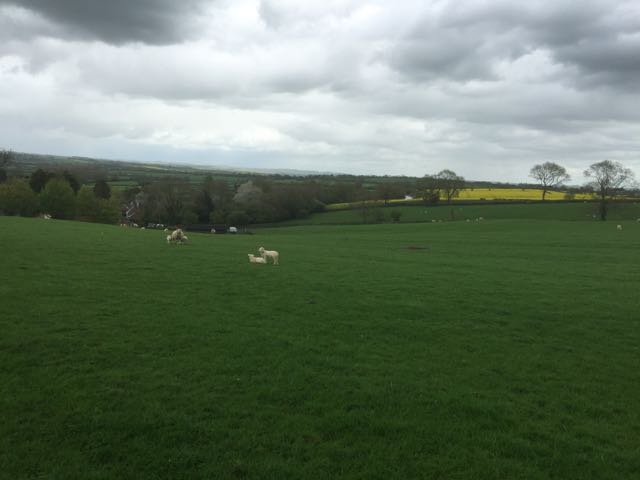 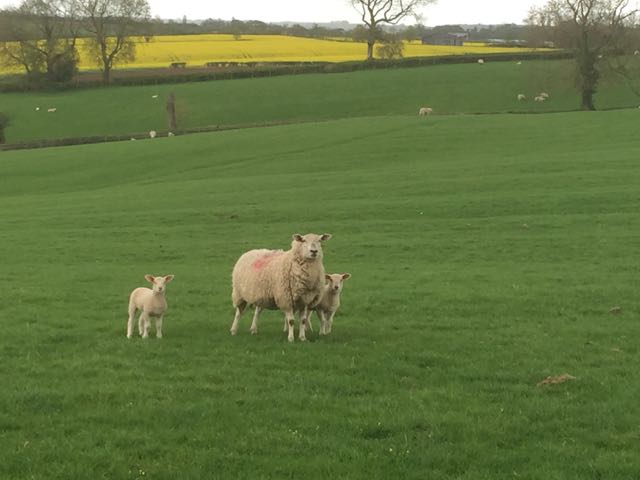 We turned left then right at the junction, in order to join the canal towpath at North Street.
It's about half a mile to the locks. We had lunch at Bridge 61, and were lucky to escape the heaviest shower of the day while we ate.  The walk up past the flight of locks and back to the car park completed our day. 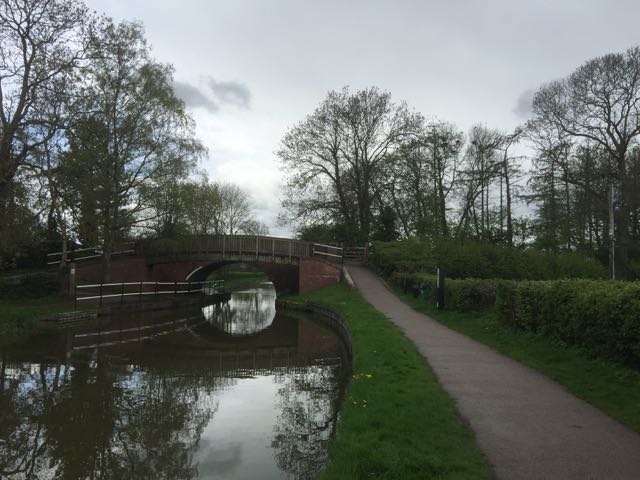 Iamgining the weight of those horns!

Yes, indeed! I wouldn't fancy being on the receivng end of them either.