Rushton to Prologis Park, and back via Barford Meadow.

With Norma and Maureen. A grey and misty start, with the sun making a feeble attempt to shine later. 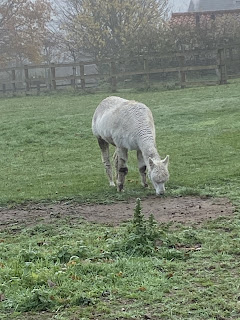 We parked in Rushton and followed the bridleway past Holme Field Farm, with lamas on our right, then the railway line on our left. At the five bar gate we continued straight on and walked alongside, slightly above the railway to the point where it crosses Glendon Road. We crossed the road bridge and turned right to the path through Prologis Park.  Keeping right we walked the perimeter of the park, past various warehouses until we reached an exit to the big roundabout.  We followed the path and the road round to the Fox and Peony. 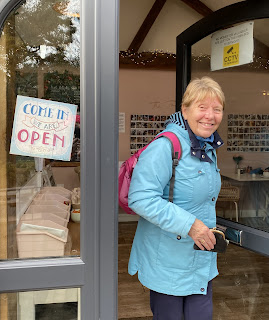 The cafe was displaying a closed sign, and we were about to tuck into Maureen’s scones outside, when someone arrived, tired the door and found that it was open. Quick change of plan, particularly welcome since I had forgotten my wee jar of instant coffee and hot water just doesn’t cut it.
Our return to the car was along the footpath from Glendon Road (the road with Iron Mountain on it). A short detour via Barford Meadows and through the woodland. 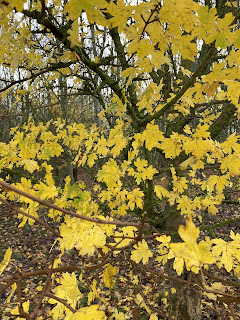 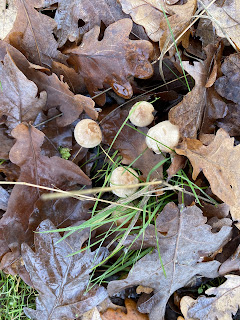 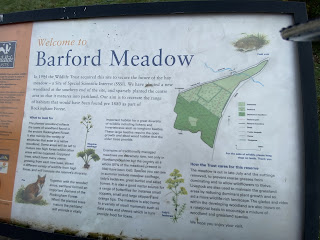 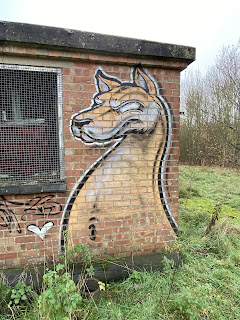 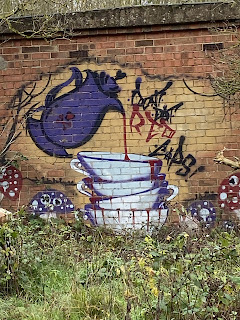 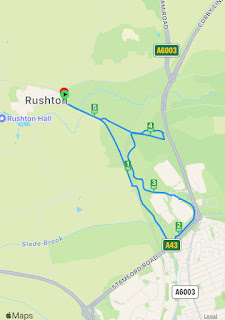 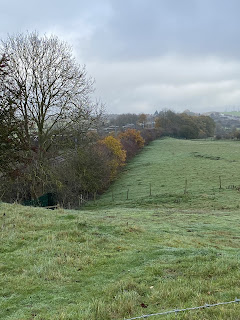 Then it was across the railway bridge and a field path to rejoin the track into Rushton . 5.3 miles.
Posted by aliqot at 12:58 PM