Tuesday 26th July
Suggested Welford walk to Marta. I drove over and on to Welford along A14. We parked near The Welford Wharf Inn, with its beer garden. 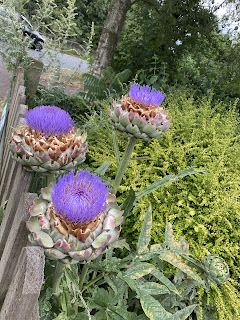 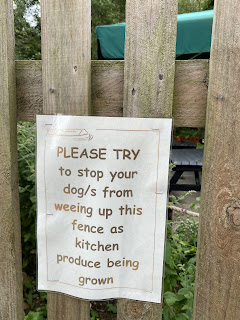 There is a board with several suggestions for walks. We decided on the Mary Gilbert Walk starting with the hillier part. 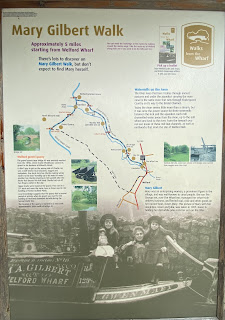 It was a bit tricky to work out the start at first. We enlisted the help of a passing couple and their dogs, and soon found the way. We passed a garden with phlox, where the two men told us they attract hummingbird hawk moths… As a side note, there were a couple of these one morning on our buddleia at home! 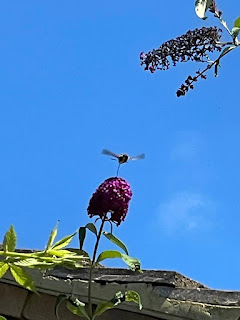 Then along the canal - pause-café, when Marta spotted a bullfinch. We saw several boats. 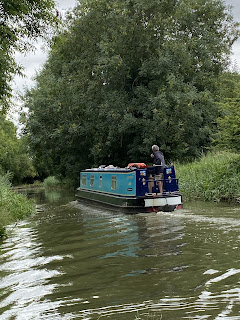 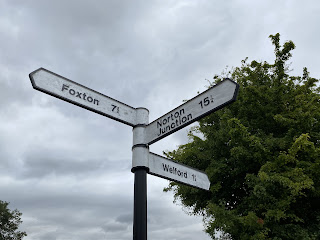 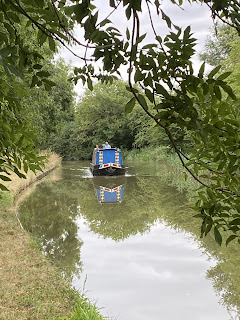 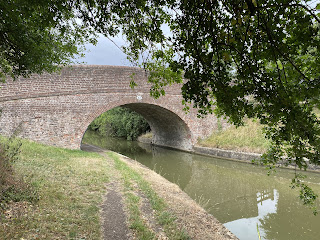 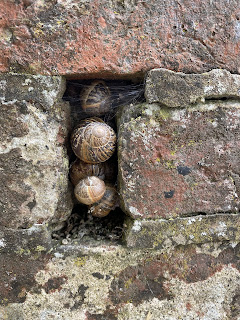 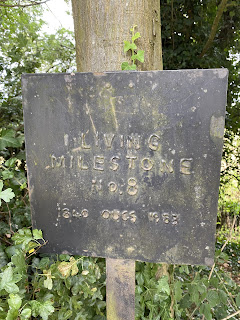 and later met the couple who’d given us advice earlier. 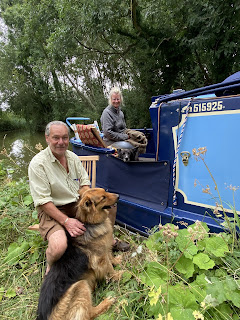 Back to the wharf, via the marina, 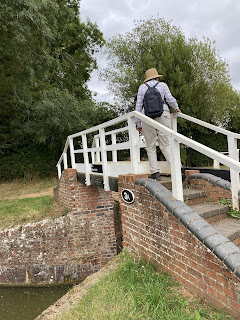 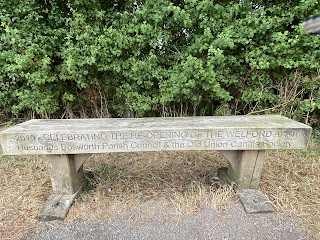 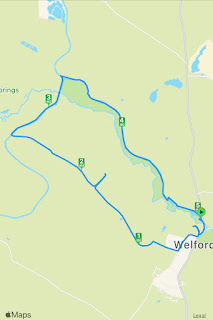 and to the pub for lunch. Another place that insists on giving cups of tea in cardboard cups, though beer seems to come in glasses for outside. Good vegetarian sausage sandwich.
Just over 5 miles.
Posted by aliqot at 1:16 PM

Email ThisBlogThis!Share to TwitterShare to FacebookShare to Pinterest
Labels: 5 miles and under, canal towpath, Northamptonshire, Welford